Recent pollen from Bukittunggul Mountain, Bandung, Indonesia is examined from elevation range 1500-2209m. The aim of this work is to detailed analysis of pollen composition were deposited in the lower montane forest zone. Systematically sampling with interval 50m was used for taking soil surface sample. Procedure of pollen extraction to separate pollen from others material used acid method. Pollen assemblages were identified by transmission light microscopes, at 400x until 1000x magnification. This study revealed different vertical variation in pollen characteristic. Podocarpaceae is an important element in lower montane forest zone-I, and Ericaceae is  a  particular  element  in lower montane forest-II. Lower montane forest zona-I is characterized by Podocarpus neriifolius, Biden pilosa and Siegebeckia orientalis. Lower montane forest zone-II is characterized by Arundinella setosa, Euphorbia, Podocarpus neriifolius and specifically by Ericaceae. The species composition of pollen at these zone show similarity with structure of forest vegetation especially lower mountain forest. The pollen that deposited at soil surface in this area came from local vegetation.
Key world:  Bandung, Bukittunggul, pollen typical

Bukittunggul volcano is located in north part of Bandung This mount is remnant of the ancient Mount Sunda. The plinian eruption caused collapse the caldera of Mount Sunda which became the precursor of Bukittunggul volcano. Sunda Volcano, that existed during Pleistocene age (Wikipedia, 2015). Bukitittunggul is the highest peak of the Mountains in that that area which reaches about 2209 m that located around Lembang. (Fig 1.).

At least there are four land functions which can be used in Bukittunggul area from bottom to top as follow:

Agriculture, tea garden, forest industry particularly Pinnus, and natural forest. The natural forest occupies the top of mountain. This research was done in natural forest which included in lower montane forest zone, that location at 1500-2209 m altitude. Pollen of that zone was very attractive to investigate, because the forest condition was really natural. Research focused on knowing diversity and typical pollen of lower montane forest zone that was valuable  as  an  indicator  of  climate  changes.  The classification of vegetation zone refer to Stuijts (1993), especially flora in west Java province (Table 1).

Physically research area stands in Quaternary Volcano Zone, northern Bandung Basin (Brahmantyo, 2005). Physiography of Mount Bukittunggul included in Bandung Zone. This zone is a depression zone which laid between east and west mountains. Bandung zone represents the top and northern flank of the geanticline of Java and has broken down after or during its arching up at the end of the Tertiary (Bemmelen,1949). Study area composed of tuff, lava tongue, alternating volcanic breccia and lava (Silitonga,1973).

The tuff which formed Mount Bukittungul consists of volcanic material that had produced by the activity of Tangkuban Perahu volcano. Product eruption of it spread to Mount Burangrang, Mount Canggak, Dago hills until Maribaya. The volcanic matter had caused the soil to become fertile

The material of research was the soil surface. The moist of soil condition, friable, dark brown, there are very fine roots and leaf remnant. The soil was decaying product of volcanic breccia.

Procedure of sampling was vertically follow mount altitude with 50 m intervals. Fifteen samples have been taken from top area Mount Bukittunggul (Table 2).Sample preparation for the palynological analysis that was done using acid treatment method, a constant weight of each sample is 10 gr. Two samples among its barren.

Pollen identification used light  binocular microscope under high magnification x100, 400x and 1000x, depend on pollen size,  pollen observation used LO analysis method. To get a clear pollen morphology the picture was taken under magnification 1000x. All pollens in slide were counted for getting level of richness in each sample.

Samples of this zone was taken from an altitude 1500-1800 masl. 24 taxa could be identified. In this area (Fig.1)., that consist of 5 families gymnosperm and 35 families angiosperm.

Podocarpus neriifolius is a gymnosperm which dominates in this zone, and followed by Bidens pilosa, Siegebeckia orientalis, Epipremnum pinnatum,Wedelia biflora. Podocarpus neriifolius pollen that was spread evenly over the surface, which was approved by founded of it in the all sample. Other species found in this zone was Podocarpus spicatus and Podocarpus dacrydioides. Podocarpus   was a Gondwana  element that  was the fisrt apperance in Sunda region at middle/upper Eocene as collision product of Indian and  Asian plate (Morley.1998). Podocarps are typically infrequent components of lowland and lower montane tropical forests, but may strongly dominate in upper montane forests, alpine shrublands, andsome swamp forest associations at both low and high elevations (Enright and Jaffré, 2010).The existence of Podocarpus in this zone was conformable to fact in West Java  vegetation  that was presented by Stuijts (1993), that Podocarpus neriifolius is typically of lower montane forest-I. Besides it Juniperus, Chamaecyparis formosensis and Thuja orientalis are importance pollen that characterize this zone.

Ericaceae pollen was the element of lower montane forest-II, that pollen was very few found  in this area, it was only found once at sample of 1800 masl, it approximately coincides with the zone  boundaries. Vaccinium is taxon of Ericaeae which found at this zone could be derived from the above zone. The result of calculation diversity index Shannon-Wiever (H’) was low, only around 0,603- 0,855,this value did not include fern and mosses.

Seventy-one taxa was found from this zone that was taken at an altitude 1800-2209 masl (Fig. 3). Arundinella setosa was the dominant species in this zone of Poaceae family. This species increased significantly from previous zone, and spread evenly over this zone which indicated all samples which can be found.The enhancement of  Arundinella setosa is the reflection of micro climate in this zone particualy temparature and humidity that indicates colder and arid than lower montane zone-I, that condition has something to do with the characteristics of their habitat at an altitude of 1800- 2600 masl which is dry and cold. Contrary to Biden pilosa, this species decreases dramatically, as cosmopolitan herb it requires moist and hot atmosphere, so that this zone is unfavorable conditions for growing.

Podocarpus neriifolius significanly decreases while simultaneously increases of Rododendron and Vaccinium taxon of Ericaceae family ( Fig. 3).  Those  pollens   are   important   element     of lower montane forest-II, which characterize  that  zone. The Ericaceae pollens is found first times at altitude 1800 masl, gradually the increase began 1900 masl and reach maximum at the top mount at an altitude 2209 msal. From graphic Ratio of Podocarpaceae to Ericaceae shows that at an altitude 1800-1900 masl is a transition zone from lower montane forest-I to lower monante forest-II, the place where occurred thedecline of pollen Podocarpaceae quantity and increase Ericaceae pollen.

The value of ratio Podocarpaceae to Ericaceae illustrate that at an altitude 1800-1900 masl is a transition zone from lower montane forest-I to lower monante forest-II, that position is the place where occurred the decline of pollen Podocarpaceae quantity and increase Ericaceae which accordance with an increase  altitude (Fig.5).

Thank you Silmi Avina and the entire crew Bukittunggul field for your support in this study. 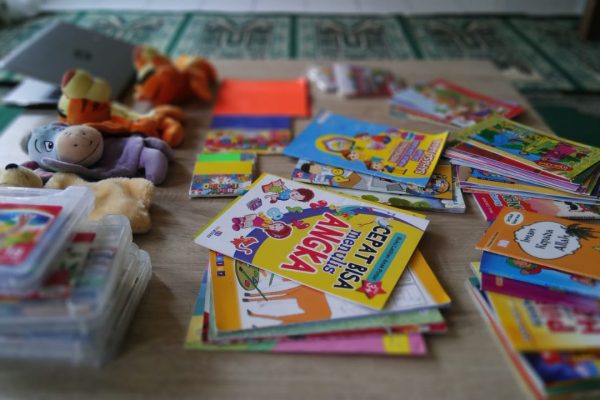 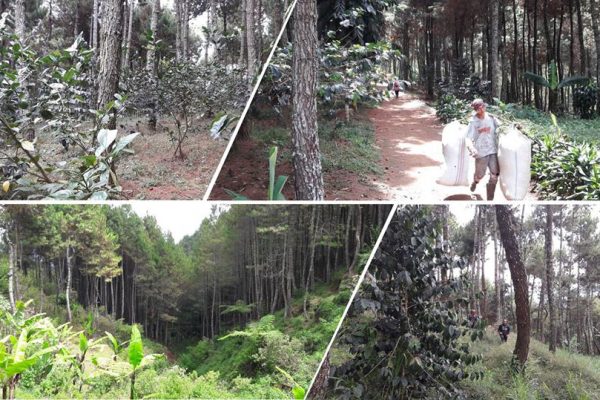 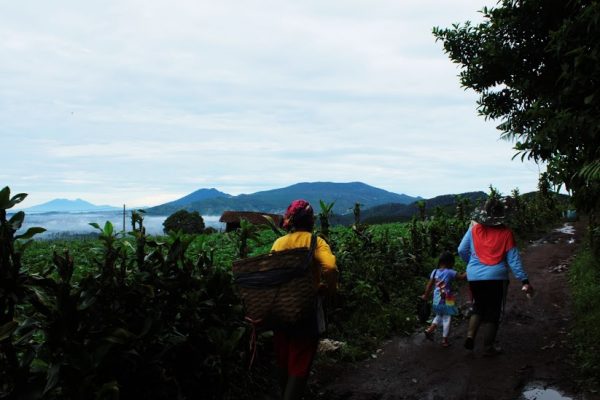